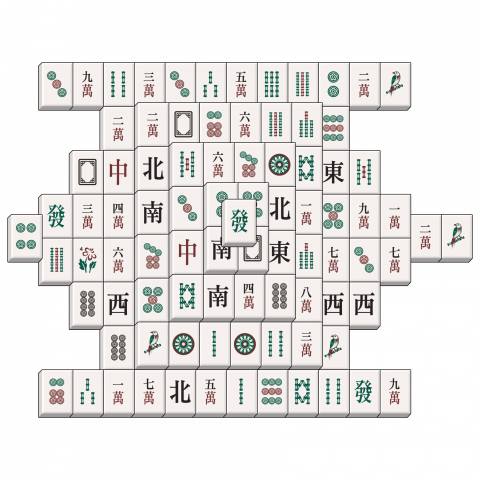 This is the classic layout used for standard Mahjong Solitaire, also known as Turtle Mahjong. This Mahjong layout was first designed along with the first version of the Mahjong Solitaire game for the PLATO system by Brodie Lockard in 1981.

Combine two identical tiles to remove them from the playing field. You can only remove open tiles. A tile is said to be open if it can be moved either left or right without disturbing other tiles. Tiles depicting flowers or seasons can be combined with any other of the same type.